Spencer Bahner represents the interests of cities within Washington State. Mr. Bahner has had a career in the Land Mobile Radio industry spanning over 41 years. His work history includes involvement in nearly all of the technical and operational aspects of the radio industry, ranging from technician activities early in his career, to leading marketing efforts for a major manufacturer, to the design and management of public safety communications networks, as well as radio technology consulting. He has participated in the design and deployment of major analog and P25 digital trunked radio systems in multiple states, is active in radio spectrum planning as the Chair of the Region 43 700 MHz Regional Planning Committee, and currently serves as the Radio Communications Manager for the City of Seattle. He has a deep interest in radio communications interoperability, as well as a personal interest in wireless technology and public safety communications system design and operations, and is an active amateur radio operator. 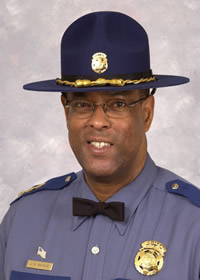 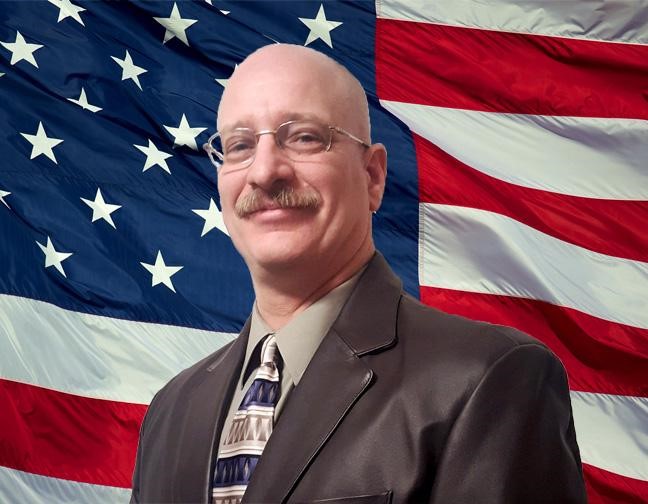 Representing Washington Association of Sheriffs and Police Chiefs, Sheriff Blakeslee has over 21 years in law enforcement. All of it spent in rural Pend Oreille County (far north east corner of Washington State). He has held positions as a patrol deputy, drug/major crimes detective, patrol sergeant, and currently completing his 1st year as the elected Sheriff for Pend Oreille County. Special assignments have included field training officer, firearms/use of force instructor, tactical team leader, and Search and Rescue coordinator. He has volunteered for the position on this board to represent WASPC. Sheriff Blakeslee brings a perspective from rural eastern Washington departments, and looks forward to learning more about communications issues and solutions facing us all. 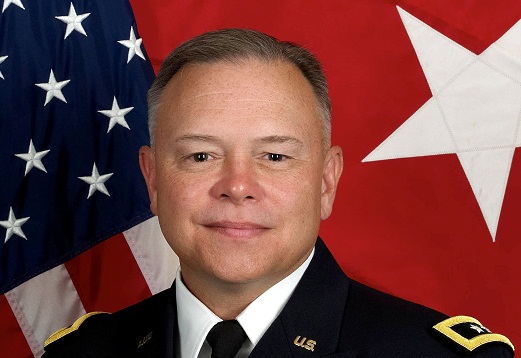 The Adjutant General and head of the Military Department, represents that department.

Major General Bret D. Daugherty assumed duties as The Adjutant General, Washington on July 28, 2012. As The Adjutant General, he commands all Washington Army and Air National Guard forces and is Director of the State’s Emergency Management and Enhanced 911 programs. General Daugherty also serves as Homeland Security Advisor to the Governor of Washington and as State Administrative Agent for all United States Department of Homeland Security grants awarded to Washington’s state, local, tribal and non-profit agencies and organizations. 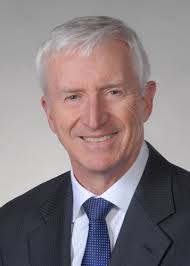 Robert Ezelle was appointed Director of the Washington Military Department’s Emergency Management Division (EMD) on April 1, 2013 by the Department’s Adjutant General, Major General Bret Daugherty. Ezelle joined the Division in October 2010 as the Homeland Security Section Manager and in May 2011, management of the State’s E-911 section was added to his portfolio. As the E-911 and Homeland Security Unit Manager, he oversaw the planning and operation of the statewide Enhanced 911 emergency phone system as well as management of the state’s homeland security and emergency preparedness grant programs. Prior to joining Emergency Management, Ezelle spent nearly 17 years in the Washington Air National Guard, in various senior leadership roles. Most recently he served as Vice Commander of the Western Air Defense Sector. The sector is responsible for air sovereignty and air defense of the western United States. He started his career in the Air Guard as air liaison officer and detachment commander for the Air Support Operations Group and Close Air Support Detachment. Prior to joining the Washington Air National Guard, Ezelle spent 13 years as a fighter pilot, pilot trainer and operations officer in the U.S. Air Force. He flew F-4 and F-15 fighters and AT-38B fighter trainer aircraft. Ezelle’s strategic vision for the Emergency Management Division includes facilitating closer collaboration between the Emergency Management Division team and stakeholders statewide to better prepare for a catastrophic event such as a Cascadia Subduction Zone earthquake. As director, he will continue to lead the charge to ensure Washington residents have access to next generation emergency telephone (E911) services.

Keith Flewelling serves on the SIEC as is an ex-officio non-voting member representing the Washington State APCO-NENA Chapter.  Keith has been the Deputy Director since 2014 at Thurston 911 Communications, and will assume the role of Executive Director in January 2016. His extensive knowledge, skills, and abilities were gained from education and over 30 years of public safety work experience. Keith is not a technician or engineer but much of his work experience has been managing technical personnel and systems.
Keith spent 20 years working at American Medical Response (AMR) – his last position at AMR was Vice President of Operations for Oregon and SW Washington, but he spent many of his years there as the Communications Director for the region. The Communications Division responsibilities included land mobile radio, telephony, dispatch services and systems. After leaving AMR in 2004, he became the Technical and Support Services Division Manager at Clark Regional Emergency Services Agency (CRESA). In this role, Keith managed the Clark County Public Safety Radio System, an 800 MHz trunked simulcast system, as well as all technical personnel and systems for the agency. In 2012, Keith joined the ADCOMM Engineering team as a senior consultant, providing management and operations consulting within the public safety communications industry. Over the past several years, Keith has been very active with the Association of Public Safety Communications Officials (APCO) and the National Emergency Number Association (NENA), both in Washington State and nationally. He has also been a member of the State Advisory Workgroup (SAW) to the State Interoperability Executive Committee (SIEC) since 2006. When not working, you will find Keith on the golf course or in the San Juan Islands boating and fishing, and enjoying time with his wife Deb. 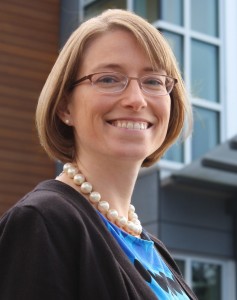 Jennifer Gregerson is serving her second term as Mayor after having been a member of the City Council since 2004. She was elected Mayor in November 2013 and re-elected in 2017. Gregerson, a graduate of Kamiak High School, has a Bachelor’s Degree in French from New York University. She has established an expertise in community planning, earning her Master’s Degree in Urban Planning from the University of Washington. Gregerson established a vision for Mukilteo as a sustainable, well-run city with safe, strong neighborhoods. She believes in the principles of open government and frequent communication with citizens. Mayor Gregerson learned the values of hard work and responsibility growing up in a family-owned business. Watching her parents fight to preserve trees and wetlands in Harbour Pointe, she says taught her the importance of getting involved, speaking out and defending your community. Jennifer is committed to Mukilteo and believes in service; she served two years as Mukilteo Lighthouse Festival President and volunteers with the Mukilteo Farmers Market. Today, she makes her home in Mukilteo, a few miles from where she grew up.

Captain Phil Johnson became an Officer with the Department of Fish & Wildlife (WDFW) Enforcement Program in 2003.  During his tenure with the WDFW, he has served as a Patrol Officer, Boating Program Master Instructor, Aquatic Invasive Species Officer, Emergency Management Program Manager, State Agency Liaison, and Radio Communications Manager.  He also served as the Professional Development Lieutenant responsible for all facets of the recruiting and training efforts of the WDFW Enforcement Program for two years.  In August 2015, he assumed his present duties as the Special Operations Captain, directly responsible for the vehicle and vessel fleets, aviation program, supply and equipment, communications, and WDFW emergency management functions. .His projects include leveraging Radio over Internet Protocol technology to deliver interoperable radio to more than 140 field officers and biologists from a centrally located dispatch facility in Olympia. Captain Johnson attended the University of Maryland, earning an undergraduate degree in Sociology (MCL) in 2002 and his Master’s in Business Administration in 2012.  He is a 2001 graduate of the U.S. Navy Senior Enlisted Academy. Captain Johnson is a US Coast Guard Licensed Captain of Vessels <50 GT. Captain Johnson is a U.S. military veteran who retired from the United States Air Force in January 2003, following 21 years of active service as a law enforcement and counterterrorist specialist. 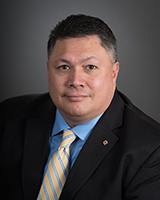 Scott is a Risk Manager at the Washington State Department of Labor & Industries. 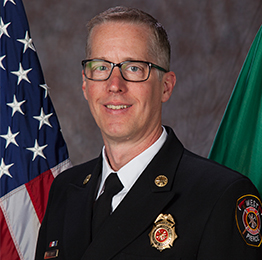 Bill has been the Emergency Manager for Whitman County the past five years. In addition to his Emergency Management duties, he is responsible for county wide public service radio infrastructure. This involves six radio systems scattered over 21 different sites. He also oversees the Whitman County Parks Department, Developmental Services, Facilities Management and the Palouse Empire Fair. Bill has been a volunteer firefighter/EMT for the past 35 years and is currently the Fire Chief of Whitman County Fire District 7 in Rosalia. During the summer when Bill isn’t working, you can find him on the boat at Lake Coeur d’ Alene.

Chuck Turley is the Division Manager of Department of Natural Resources (DNR) Wildfire Division. Chuck has been with DNR for 26yrs including both Region and Headquarters positions and experience with most programs at DNR. Chuck has been a member of the Northwest Incident Management Teams (NW IMT) for several years, is a recent Chair of the NW GeoBoard which selects and supports our IMTs and is the current Chair of the Pacific Northwest Wildfire Coordinating Group, the interagency group leading wildfire efforts in the Northwest.