Executive support, along with a little help from the Office of the Chief Information Officer (OCIO) has put the Department of Licensing (DOL) in the driver’s seat for making better investments in technology.

DOL enlisted the help of the OCIO to guide them through the technology components of a study mandated by the legislature to review costs associated with hundreds of licensing fees administered by the agency. The OCIO has just the right tool for such an appraisal through its Technology Business Management (TBM) program, which helps organizations carefully detail technology as a cost of doing business.

“DOL was able to use the program to demonstrate business value and identify IT investment strategy going forward,” said Cammy Webster, who manages TBM for the OCIO. “For example, when they benchmarked their IT security investment against other agencies they discovered they were significantly underspending relative to other state agencies.  Upon further assessme 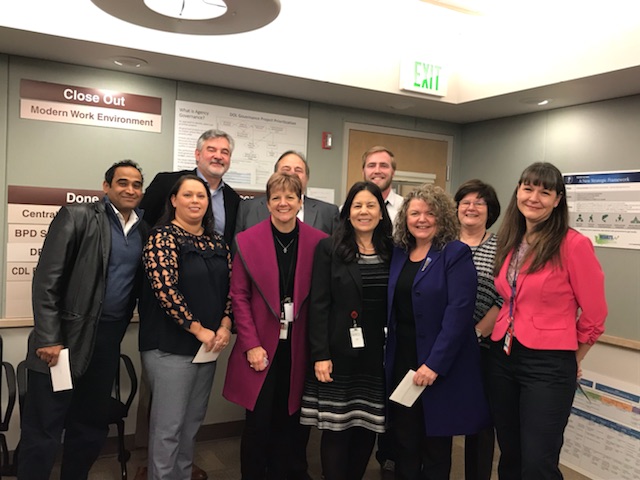 nt, they determined they had a security risk and made business decision to redirect investment in security to close the gap.”

DOL tiptoed into TBM five years ago, but, with a push from agency executives, made a switch in 2016 to apply it to standardize its use across all business units within the agency.

“Within months they progressed from not using the TBM program to being an industry leader in the public and private sector,” Webster said. “Most TBM programs stop modeling investment at services delivered by the IT department. However DOL took the program out to services provided to agency consumers.  This includes all licenses such as drivers, boat, commercial vehicle, business, and more.”

The agency now uses TBM to break down technology costs for all of its applications and transactions, making these costs both more transparent and easier to discern.

Executive support was the key, said Webster.  As a result of their effort, DOL was included in a federal case study that was recently presented at a federal conference in Washington, D.C. sponsored by the White House.

As a way to express the agency’s appreciation for the partnership, the OCIO participated in a late-November executive management team meeting at DOL to recognize the success, support and leadership of TBM in their agency.

Mara Tallman, a portfolio manager with DOL’s IT group, worked closely with the OCIO TBM team of Webster and Derek Puckett on the implementation of TBM.

“Changes made by the OCIO to our statewide program was the equivalent of providing agencies with an ‘Easy Button’ where we now understand how we fit into the program,” Tallman said.

She also had kind words for OCIO’s TBM team.

“Cammy was uncanny in her ability to connect with Ann, our CIO, at just the right time to keep her interested and the program’s momentum moving forward,” Tallman said. “Derek artfully took complex – impossible logic problems – and made them simple and standard giving us the courage to reach out to our business SMEs for the final layers of data mapping. His enthusiasm, creativity and responsiveness got us through some very tough speed bumps. We truly appreciate the partnership we have developed with the TBM team and enjoy working with them.”

Several members of DOL’s executive team took part in the Nov. 28 event as well as Rob St. John, the state’s acting chief information officer, who spoke at the ceremony and Sue Langen, acting director of the OCIO.

DOL Director Pat Kohler sent the following message about the initiative to all agency employees: "Through their efforts, including working directly with our Budget and Research and Planning units, DOL is now a Technology Business Management industry leader in the public and private sector! ...Other state agencies, federal agencies and even private sector companies are using us as a model to improve their programs. I am proud of our agency’s ability to bring together teams who break down divisional silos, remain flexible, and solve problems creatively. Congratulations team!"