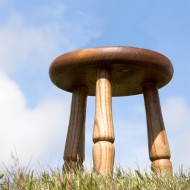 One obvious question is: “Why is the Office of the CIO looking into Holacracy?” Although Holacracy by itself is intriguing it fits into a larger strategy.

One of the challenges I’ve observed while serving as a government IT leader is the challenge in hiring and retaining talent, especially technology talent. Every company has this challenge but it's particularly difficult for government organizations because government is unable to compete with private industry on the basis of salary. In Washington State the challenge is magnified by having powerhouses like Amazon, Microsoft, Expedia, F5, Real Networks, and many others existing in the same region.

State government will probably never be able to compete on salary, but I believe state government can create a value proposition for prospective hires that is compelling and extremely competitive. There are three core elements to the strategy: 1) Mission, 2) Professional growth, and 3) Empowerment culture.

The mission of government is about making the world a better place through public service and having a real tangible and positive impact on the people in the community. There are many examples where the mission of an organization is significantly more important to a person than the salary they make. For example, the recent Seattle Police Department CIO who left Amazon and took a 65% pay cut. In government, you really can make a tangible difference in the world. It is a feel-good mission that tugs at our heart and soul. This mission is difficult for most commercial enterprises to compete with in a credible way. To the extent that private sector companies have an altruistic mission, they can still compete with, or at least share space with, a mission of increasing shareholder value. But in government, the mission is purely altruistic. From a timing perspective, public sector entities are also fortunate because the new generation of workers have a greater social consciousness.  State government already has the mission that resonates with an increasing number of prospective hires;  the task is to promote this fact and value more effectively.

State government is a conglomerate of various sectors and each sector has unique technology requirements. If you are in a Natural Resources agency you need technologies as diverse as drones, underwater vehicles, wildlife cameras, manned aircraft, and many others that allow you to collect scientific data and then process it using high-performance computing on Amazon Web Services or Microsoft Azure. If you are in Public Safety you will need technologies like microwave antennas to build a statewide network, Radio over IP for communication in remote locations, and SCADA systems for controlling gates in prisons. In Healthcare you will work in organizations relying on some of the most advanced technology doing Big Data and Predictive Analysis.

If an organization has a great feel-good mission that fills the soul and develops employees professionally but then doesn’t empower them to actually effect change and make a difference then we haven't gone far enough to attract employees. Succeeding on the first two components of the strategy but failing to create a culture that empowers employees to take action that serves the purpose of the organization will simply create frustration. Even if we were able to attract, we wouldn’t be able to retain.

The first two components of the strategy are fairly easy to achieve and only requires incremental improvements in what is done today. The last component of creating a culture of empowerment is transformational and will require bold action. For years we’ve talked, trained, and tried to implement a more empowered culture in government using the current hierarchical model without much success. The failure isn’t in the desire or the intent; it’s in the foundation. Frederic Laloux writes about this tipping point in his book “Reinventing Organizations” and the many companies who have created an empowering culture of individual action (YouTube talk by Laloux). Each of these companies have independently created a model, without knowing about each other, that have very similar elements. Holacracy is one of the models which stands out as being a most structured and defined framework that may actually work in government.

The OCIO is piloting Holacracy in a government context to begin identifying the impediments to adoption and to validate that the system creates a different culture of empowerment. I believe the ultimate question isn’t “Will Holacracy work in government?” or “Will Holacracy improve empowerment?” but rather “Do we have the courage to transform?”